Further Questions: How many librarian positions are there at your library?

This week I’ve been thinking about the job outlook for librarians, and I decided to ask a related question here.

This week I asked people who hire librarians:

How many librarian positions are there at your library? Can you tell us a bit about how has this number has changed over time (e.g. higher or lower than last year, five years ago, ten years ago, etc.)?  How has your service population changed over those same time periods? Please let us know if your answer is ballpark or exact.  Bonus information: are there unfilled positions that will be left unfilled for a substantial period of time?

We currently have 11 faculty librarians. It remained steady for many years at 12, I believe. I don’t think we had added any, but positions have certainly changed over time. We chose to not fill a tenure track faculty position last year (someone had been in the position on an interim basis) because we were asked to make operating budget cuts and we could balance not filling that position against the cut. We were told that we would not lose that position permanently but, given the university’s financial situation, we may have lost this position entirely. We also have someone on phased retirement (half time right now) and may lose that position when he fully retires because of the budget cuts. Our student body has gone up and down. We were growing, then Hurricane Katrina hit us hard for several years. We were back up then had a serious enrollment shortfall this past year and it looks as if our enrollment going forward will be smaller. Our librarians are stretched thin, with regular responsibilities, liaison activities (teaching and collection development), university committee responsibilities, and desk duties.

We currently have 4 librarian positions (MLS preferred, but we do have one librarian without an MLS). These correspond with each of our departments (each librarian heads a department). We also have administrative staff that are full-time but are not librarian-specific. At this time last year, we only had 3 librarians because our children’s and YA areas were combined into a single Youth Services department; they have since been separated into two departments and we moved back to having 4 librarians (as we did about 3 years ago). Before we had a YA area at all, we had 3 librarians. (Confusing enough?) Our service population has grown over the last few decades and shows no signs of stopping. This includes both the town where we are located and also the surrounding towns in the area (many residents of other towns come to our library instead of or in addition to their local library).
The biggest staff change is that each department used to have a full-time “assistant head”. We’ve added a wider range of part-time positions instead and now only one of our 4 departments has an assistant head. So, in some cases, those assistant head positions are considered unfilled and, if we move away from that model, will remain unfilled.
– Marleah Augustine, Adult Department Librarian at Hays Public Library

We are a suburban public library serving 100, 435 people. That is our census population and it went up slightly since the 2000 census.  Our community is pretty much built out.
We have 130 employees and 53 of them are librarians, although most of them are part-time.  It comes out to 22.2 FTE librarians.  Counting all employees we have a total of 61.83 FTE.  These numbers haven’t changed much over the last few years although we about the same number of employee hours, we have fewer actual full time positions.
We are an independent taxing authority library, which means we are not part of municipal or county government.  In fact we are a governmental unit in and of ourselves.  This means that in full control of our hiring.  I can change a position from full-time to part-time or visa versa.  I can eliminate and create positions, based on our budget.  I can change a job focus and title at will.  This gives me a lot of flexibility.
– Christine Hage, Director, Rochester Hills Public Library

Potentially, there are 6 MLS positions at our library. However, of those positions, only 3 are filled by MLS holders.  To keep it interesting, we have two MLS folks in non-MLS positions who are working part time. This is largely because our MLS positions require supervisory skill and experience. The two MLS folks in non-MLS positions are not supervisory material, sad to say. Supervision of others is just not in their skillsets although they are certainly very good at other things. This frustrates me and them but I realize it may be common in small to midsize public libraries for staffing and budget structure to not allow for full time professional MLSs who are non-supervisory.  This level of professional librarians (or lack therof) has remained fairly consistent for about a decade. However, in the late 1990’s there more full time MLS supervisors, probably 5 as opposed to the 3 now.
– Anonymous 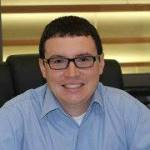 First we have to decide how we are going to define the word “librarian.” In my opinion and in the opinion of most of our patrons, anyone that works in a library is a librarian. That being said we have 61 employees in our organization and I consider everyone of them a librarian. Over the past five years this number has decreased slightly while our service population has grown. The real trend has been to move from full time positions to part-time positions. 75% of our employees are part-time. 10 years ago this number was over 50%. We currently have three unfilled positions that will most likely be left unfilled or possibly eliminated.
– Jason Grubb, Director, Sweetwater County Library System

We have 7.5 master’s level librarians and 1.5 other staff for an FTE of 9 at our combined unit of Main library and Educational Resource Center.  The total staff was increased from 8 to 9 FTE about a year and a half ago, the first net increase in over 25 years.  During that 25+ years almost every position except for the Director and Reference Librarian was a part-time position at some point.  We revise the responsibilities, scope, and titles of positions and adjust our organizational structure to adapt to new needs most of the time, and make permanent changes to our total staffing level rarely.

One reason we were able to get a new position funded was the increase in our student FTE.  Our main population, the undergraduate enrollment, has increased, but we have also added several distance and other non-traditional programs over the years.  In roughly the last ten years our reported FTE has grown from under 1,000 to over 2,000, with a big jump the year preceding when we got a new position.  That increase, as well as the changing nature and needs of our populations and the changing nature of our resources and services, was part of the justification in our request for the new position.

The only time in the last several years that vacant positions have intentionally been unfilled for any substantial period was during the recent recession when the College had a hiring freeze.  The Library staff is so small that a single position represents a big percentage of our staff.  Since we don’t have any margins in our capacity and are noticeably hampered by any vacancy, we start a hiring process as soon as a staff member gives notice.

There are nine librarian (MLS) positions at my library, out of a total staff of 35. All are full-time. This excludes the director, so you might consider it ten.

The number has grown by two or three in the last ten years. We’ve only been able to receive funding for one new position in that time, so the rest of the changes involved cutting back other staff positions.

One priority here is growth from within. We are very far from a library school or major metro area, and not appealing to new grads, so any time a paraprofessional employee is interested in getting their MLS via online education, that is fully supported. They receive tuition assistance, they get four paid hours per week to do homework, and we figure out a way to get them into a professional position when they graduate. It works well. There have been four instances of this in the last ten years and we have one person currently enrolled. It was not my personal situation.

Our service population is unusual because we are a state library. The state itself is experiencing a very new population boom, but not enough yet to directly impact us. Most of our substantial work is with (and for) the state’s public and school libraries, and they are increasingly self-sufficient. We used to do their cataloging, for example, but most of those projects have been completed in the last few years without new libraries being created.

My library has seven librarians.  That includes me and a librarian/archivist who helps at reference and does some instruction.  We had seven librarians from 1995-2002 and then lost one position at the time when I was promoted to director (the position I had been in was eliminated).  In the early 2000s we added a new line for a patron services librarian.   We have done some reconfiguration.  In the past four years we had three librarian retirements so we now have three senior library faculty and four junior faculty.  The average age of the librarians has completely shifted!  We had a cataloging librarian/archivist and used a retirement to promote the cataloging librarian to head of the unit and associate director and turned her position into a full-time archivist.

A few things have changed on campus and in the library.  Our student population grew by over 400 students in the past 15 years.  The library faculty and staff size have remained the same.  In 2004 the librarians became full faculty which means we participate in the same process as the academic departments to request new lines when they are available or to replace lines that open up when someone resigns or retires.  On my campus a department can keep a faculty line if the person in it is denied tenure.

Our new core curriculum was implements in 2008 and the librarians are much more involved in instruction at the lower level.  We have made an intentional shift in our approach to hiring and are asking any new library hires to participate in teaching in the first-year seminar.  Six of the seven librarians currently teach in that program and four of us (including me) are liaisons to departments for instruction.  We have no unfilled positions and are not likely to have any for a while, I think.  Given current budget constraints there is no guarantee that an unfilled position could be filled right away (or that it would stay in the library).  I have told everyone that they are not allowed to win the lottery at least until the budgets are in better shape!

Thank you as always to our contributors for their time and insight.  If you’re someone who hires librarians and are interested in participating in this feature, please email me at hiringlibrariansATgmail.com.